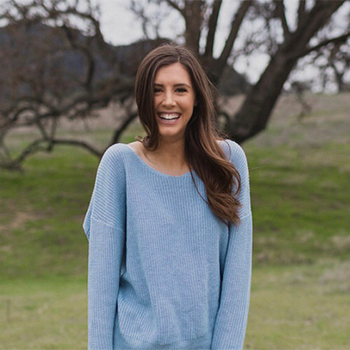 Mindy Lewis is an associate attorney and a graduate of Pepperdine University School of Law, where she was awarded a Dean’s Merit Scholarship. While at Pepperdine, she was active in the Women’s Legal Association, serving as its PR coordinator, and served as Literary Citations Editor for the Journal of the National Association of Administrative Law Judiciary. She was also a Fellow through the Palmer Center for Entrepreneurship and the Law, earning a Certificate in Law and Entrepreneurship with a focus on Intellectual Property, Entertainment, and Technology. She is admitted to the State Bar of California.

Prior to law school, Mindy studied Political Science and Spanish at Pepperdine University, where she was a Dean’s Merit Scholar. She has also lived in Germany as well as England, where she worked as a Parliamentary Assistant to a Member of the House of Commons.

When she’s not working, Mindy enjoys spending time with her dogs, Bear and Scout, teaching barre classes, and eating as many French fries as possible.