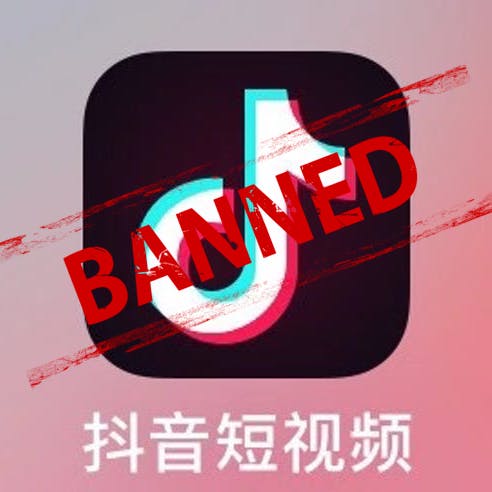 Our twentieth minisode of the third season of “The Creative Influencer” podcast is available today for download on iTunes, Spotify, and premier platforms everywhere.  In minisodes, we answer questions that our listeners have emailed Jon.  In this minisode, Jon discusses how TikTok’s under even more fire now, as countries are considering banning the app completely and major Influencers are quitting the platform altogether…

This is a special follow-up to a follow-up minisode. Earlier this Season, in minisode eight, we talked about how TikTok is considered a cyber threat and had been banned on US government employee phones. In minisode 14, we talked about how TikTok was in more trouble for collecting information about under-age users, in violation of children’s privacy laws, both in the US and other countries.

TikTok’s under even more fire now, as countries are considering banning the app completely and major Influencers are quitting the platform altogether.

To understand why this is happening, we have to start with the privacy problems that the app continues to have. We’ve talked before about how the app is basically spyware for the Chinese intelligence services. I’m not going to get into the politics of this statement, since recent reports about what is going on discount the threat as being driven by politics. The fact is that TikTok is owned by a Chinese company, named ByteDance. Under Chinese law, Chinese companies must cooperate with the Chinese government’s intelligence collection practices. TikTok says that they keep the information in the US and are not subject to this law, which is just not true.

According to Peter Jackson, the CTO of privacy and security company Disconnect, TikTok sends an “abnormal” amount of information from devices to computers. When you open that app, it makes 210 network requests and sends 500 kilobytes of data to it’s servers in the first nine seconds of the app being open. That’s equivalent to 125 pages of typed data in just 9 seconds.

And then, just two weeks ago, it was discovered that TikTok was collecting information from user’s clipboards with every single keystroke. It also does this every few seconds when the app is open in the BACKGROUND. That’s incredible. Think about it: it secretly copies a record of text you have copied or pasted in other apps on your phone. That means it could be secretly storing passwords, emails, anything you have on your clipboard.

Last month, Apple issued a stern warning about the privacy hole, going as far as to suggest that users should delete the app from their phones.

So that brings us to the countries that are quitting TikTok. At the end of June, India banned the app completely. The Indian government cited all of the privacy concerns with the app. And in just the last week, US Secretary of State Mike Pompeo said the US “certainly looking at” a complete ban of TikTok as well.

Influencers are leaving the app for the same reasons. Tyler “Ninja” Blevins, the Fortnite streamer who has 24 Million subscribers on YouTube and 15 million followers on Instagram, is the biggest recent name to leave TikTok. Ninja posted a highly critical tweet saying: “I have deleted the TIK TOK app off all my devices. Hopefully a less intrusive company (data farming) that isn’t owned by China can recreate the concept legally, such funny and amazing content on the app from influencers.”

I think we will see many more influencers follow Ninja’s lead.