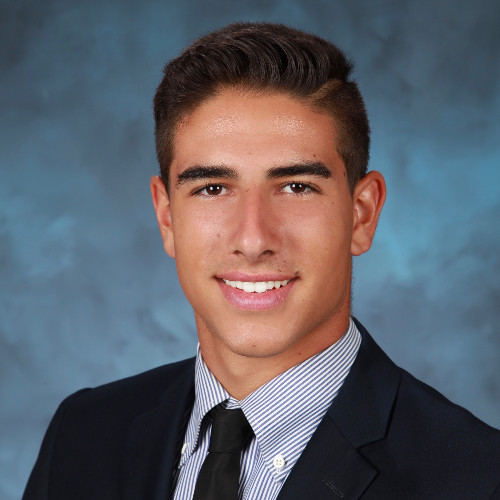 Growing up my parents were always way more strict than every other kids parents. At least in my mind this was the case. I was the kid in high school who still had a flip phone when everyone else was on their third iPhone. T9 was my bread and butter. It is interesting to think about the ancient times before social media and smartphones were a thing. The crazy thought of actually getting to know someone by talking to them face to face is a wild one but that is how things used to be. If a guy liked a girl, there was none of this DM nonsense. He would have to actually talk to her if he wanted to ask her out on a date. How times have certainly changed. Today, social media has transformed American society and has altered the way we interact with one another.

I started using social media when I was around thirteen or fourteen years old. I had an iPod touch before a smartphone, so I used that for Instagram. Once I got an iPhone, I started using Twitter in addition to Instagram. As an immature teenager, I would post what I thought was cool on Instagram and would check back every two seconds to see if the post had gained another like. For some reason it was important to me that my friends liked what I posted. Over the years my habits on social media changed. I started to care less about what other people thought of my posts. Another thing I also noticed was that I spent a lot of time on social media, specifically Instagram. Once Apple started sending me notifications of how much time I spent on each app I really realized how much time I wasted on Instagram. I did not even post that much and even more so I did not care or want to see 90% of the content that other people I barely knew posted.

In November of last year, I deleted all my social media accounts. Here is why. First, social media is the greatest and most excellent waste of time. It is addictive which I failed to fully realize until after I rid my life of it. After I deleted Instagram, I would find myself watching tv and I would habitually go to the spot on my phone where the Instagram app used to be. Deleting it made me realize how much I used it to fill the silence in my life. Second, Instagram and social media is a facade of peoples’ lives. It is incredible to see how much value society places into social media. People can be going through the gnarliest depression, dealing with the nastiest abuse, and struggling with actual difficulties but these real-life events never seem to transcend the picture-perfect image of peoples’ lives on social media. Finally, social media serves as a social crutch. People go out to dinner with friends and there is a break in the conversation. Immediately, everyone pulls out their phone and goes on social media, into a different world, effectively removing themselves from present company. There have been numerous studies on the negative impacts of social media on society and how it causes depression, miscommunication, and relationship issues.

I think there is beauty in being present in life; fully experiencing both the high stimulating times and being able to rest during the silent times. Not being on social media I feel as if I have been removed from this massive bubble that people are entrapped in. It reminds me of Plato’s allegory of the cave where the guy realizes there is so much more to life and is compelled to tell those in the cave. His ideas are so radical that they kill him. This may be a little extreme to compare to my case but nevertheless, I resonate with it. The less time I have spent on social media the more times I have found myself in good conversations that are intentional and purposeful. For now, I am enjoying life outside the social media bubble.

Andrew Antoun, a student in Jon Pfeiffer’s media law class at Pepperdine University, wrote the above essay in response to the following question: How old were you when you first started using social media? How have your social media habits changed over the years? The class covers copyright and social media. Andrew is an Integrated Marketing Communications major.