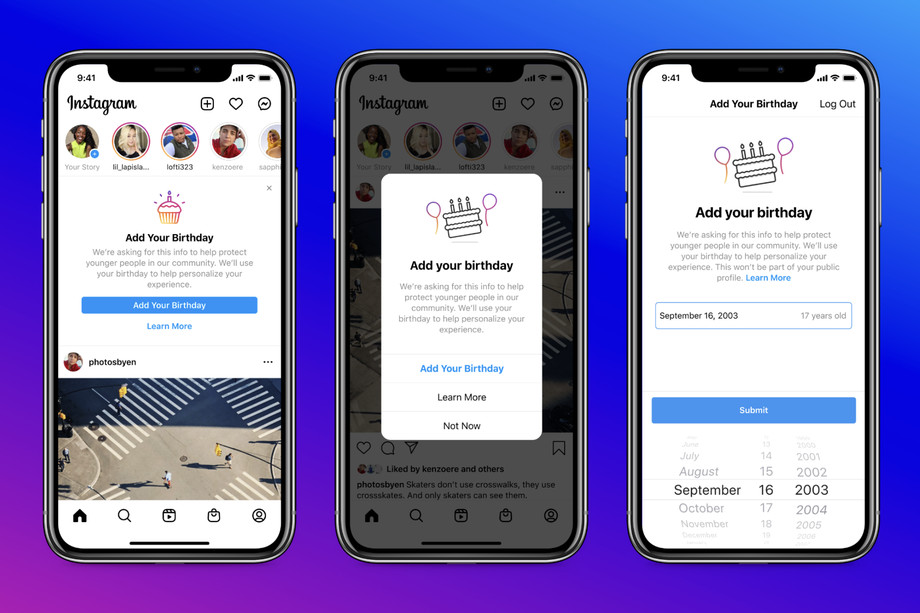 Our second minisode of the fifth season of “The Creative Influencer” podcast is available today for download on iTunes, Spotify, and premier platforms everywhere. In this minisode, Jon discusses Instagram’s new age verification requirements and what parents and users should know.

Today’s question to us comes from Liz, the mother of a daughter who uses Instagram. Liz writes:

Hi Jon,
I’m very careful about monitoring my daughter’s social media activity. I’ve set up parental controls and screen time to limit the length and times that she can use it. But now, Instagram has started asking my daughter to enter her birthday. The app seems to be asking her for her birthday every time she uses it! Is this a legitimate thing? Should we give Instagram my daughter’s birthday?
Thanks,
Liz

Thanks for the question and glad to hear you are monitoring your daughter’s use of social media. You are setting a great example for parents.

The reason your daughter is suddenly being barraged by a series of birthday verification requests is that Instagram announced last week that it will start asking people to share their birthday with if they haven’t shared it previously.

According to Instagram, this information allows them to create new safety features for young people. In May, the company formally announced that it’s working on a version of Instagram for people younger than 13 — a feature that would obviously require the platform to know people’s ages. It’s also been working on other age protections, like making it so adults can’t DM minors who aren’t following them or by making accounts for people younger than 16 private by default. Instagram’s birthday support page also says it uses it to moderate ads. (For instance, people under 21 won’t get ads for alcohol.)

So to answer your question, yes, this is legitimate and yes, you should enter it for your daughter. Instagram needs each user’s age to start enabling some of its features designed for children.

And I’m intentionally using some of Instagram and Facebook’s marketing speak here, to illustrate another point: that the “feature” that is being “enabled” is being in compliance with the Children's Online Privacy Protection Act (COPPA), which limits the collection and use of personal information about children by the operators of Internet services and Web sites. It is also eye-opening to realize that this step is just being taken now, when COPPA has been a recurring and prominent issue for sites like YouTube, as we’ve discussed as far back as Season Two in Minisodes Ten and Eleven.

So in many ways, this is a legal “cover your behind” on the part of Facebook and Instagram to make up for the fact that they are currently collecting data from and advertising to many accounts that don’t have an age associated with it (presumably a large portion of which are children). In this sense, better late than never.