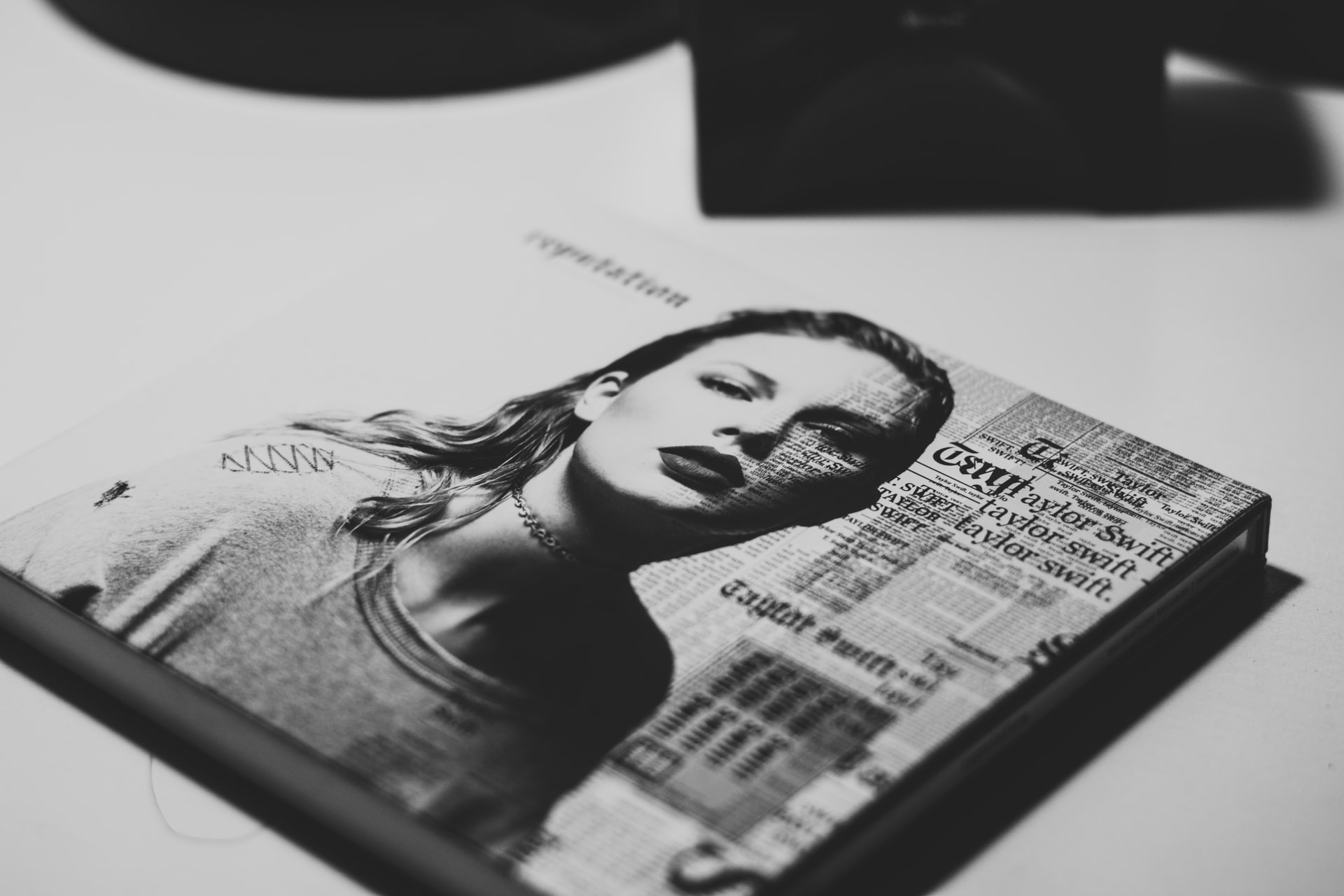 Perhaps the most obvious step you can take is to conduct yourself in a manner consistent with the reputation you want to keep. Be professional, be diligent in performing tasks and obligations, be civil and be polite to those you work with and for.

Additionally, should you be in a position to take brand deals, only making deals with brands whose products you use or whose company you personally align with can go a long way in cultivating a good reputation.

Sometimes, however, you can’t please everyone. Maybe you make a decision you feel is right and honest, but someone gets angry and starts spouting off lies about you in their rage. Maybe someone discloses something incredibly personal about you in an effort to get back at you. What can you do to repair your reputation if someone is doing their best to tear it down? This is where defamation claims and privacy torts may be helpful.

Defamation is a false, unprivileged and defamatory statement about an individual and may consist of either libel or slander. Shively v. Bozanich, 31 Cal.4th 1230, 1242 (2003). Libel is “a false and unprivileged publication by writing, printing, picture, effigy or other fixed representation to the eye, which exposes any person to hatred, contempt, ridicule or obloquy, or which causes him to be shunned or avoided, or which has a tendency to injure him in his occupation.” Cal. Civ. Code § 45; see 5 Witkin, Summary of California Law, Torts § 637. Slander is “a false and unprivileged publication, orally uttered, and also communications by radio or any mechanical or other means,” that accuses a person of criminal activity, disease, impotence or unchastity; that injures the person in his or her business; or that causes the person actual damage. Cal. Civ. Code § 46; 5 Witkin, Summary of California Law, Torts § 649.

To prevail on a defamation claim of either libel or slander, there must be a false statement about the plaintiff, published to a third party. A “statement” is any form of communication or representation, including words, pictures and audible and visual representations. Cal. Civ. Code §§ 45, 46; Rest.2d Torts § 568; see Manzari v. Associated Newspapers Ltd., 830 F.3d 881, 883 (9th Cir. 2016).

It should be noted, however, that truth is a defense to a defamation claim, so if the statement harming your reputation is rooted in truth, defamation cannot help you rehabilitate your reputation. Additionally, the would-be defendant may also be able to rely on the protection of the First Amendment; the First Amendment applies to statements made on the internet. See Balboa Island Village Inn v. Leman, 40 Cal. 4th 1141, 1147 (2007). Thus, if you bring a defamation suit without a strong basis, not only may the defendant assert his or her First Amendment rights as a defense, he or she may bring an Anti-SLAPP claim against you, which allows a defendant to obtain early dismissal of actions deemed to chill the defendant’s First Amendment free speech rights. See Cal. Civ. Code § 425.16.

Also keep in mind that an action for libel or slander must be brought within one year of the defamatory statement first being published or generally distributed to the public. Cal. Civ. Code § 340(c); Shively v. Bozanich, supra, 31 Cal.4th at 1237. As such, it is important that if you think you have a claim for defamation, you must act quickly, both in order to bring your claim within the statute of limitations, as well as to minimize the potential damage to your reputation.

You may, however, be able to turn to a privacy tort to manage your reputation. One such tort is the public disclosure of private facts. In order to prevail on such a claim, a plaintiff must show (1) public disclosure of (2) private facts which is (3) highly offensive to the reasonable person, for which (4) no legitimate public concern exists. Public disclosure requires that the disclosure “be widely published and not confined to a few persons or limited circumstances.” Hill v. National Collegiate Athletic Ass'n, 7 Cal.4th 1, 27 (1994).

Because email is “susceptible to easy and thoughtless forwarding to a larger audience,” disclosures by email are likely to satisfy the “public disclosure” requirement. Catsouras v. Department of Calif. Highway Patrol 181 Cal.App.4th 856, 904 (2010).

Next, the facts disclosed must be matters as to which plaintiff had an objectively reasonable expectation of privacy; “a crucial ingredient of the tort … is the unwarranted publication of intimate details of one's private life which are outside the realm of legitimate public interest.” Sipple v. Chronicle Publishing Co., 154 Cal.App.3d 1040, 1047 (1984); see also Catsouras v. Department of Calif. Highway Patrol, supra, 181 Cal.App.4th at 904.

Third, the publication must be offensive and objectionable to a reasonable person of ordinary sensibilities – that is, something highly embarrassing to the plaintiff. Forsher v. Bugliosi, 26 Cal.3d 792, 809 (1980).

Lastly, there must be a lack of a legitimate public interest, or newsworthiness. Shulman v. Group W Productions, Inc., 18 Cal.4th 200, 214-215 (1998). In determining whether an incident is “newsworthy,” the court considers “(1) the social value of the facts published, (2) the depth of the article's intrusion into ostensibly private affairs, and (3) the extent to which the party voluntarily acceded to a position of public notoriety.” Kapellas v. Kofman, 1 Cal.3d 20, 36 (1969).

If you succeed on a claim of public disclosure of private facts, you may be able to get damages for the harm caused to your reputation; while this doesn’t stop the harm from happening, it may be a helpful step towards rehabilitating your reputation after taking a hit.

The statute of limitations for a public disclosure of private facts claim is two years. Cal. Civ. Code § 335.1; Cain v. State Farm Mut. Auto. Ins. Co., 62 Cal.App.3d 310, 313 (1976). Unlike defamation, the two years does not start running until the plaintiff discovers or reasonably should have discovered the factual basis for the claim. Cain v. State Farm Mut. Auto. Ins. Co., supra, 62 Cal.App.3d at 315. Again, because you have just two years to bring a claim, it is important that you do not sit on your rights and contact us as soon as you realize you may have a claim.

Like public disclosure of private facts, false light publicity requires that the offending material be communicated “to the public in general or to a large number of persons as distinguished from one individual or a few.” Catsouras v. Department of Calif. Highway Patrol, supra, 181 Cal.App.4th at 904.

Next and similarly to defamation, the matter published about the plaintiff must be untrue. Kapellas v. Kofman, supra, 1 Cal.3d at 35. However, the statement need not be defamatory, so long as it is false (although these often overlap). Fellows v. National Enquirer, Inc., 42 Cal.3d 234 (1986).

Third, the offending publication must place plaintiff in a false light that would be highly offensive to a reasonable person. Fellows v. National Enquirer, Inc., supra, 42 Cal.3d at 238-239. However, the mere fact there are errors in a publication, or that the author made up conversations for dramatic effect, does not constitute an invasion of privacy if the publication would not otherwise offend a reasonable person or outrage public decency. Carlisle v. Fawcett Publications, Inc., 201 Cal.App.2d 733, 748 (1962).

Lastly, as in defamation claims by a public figure, you must also prove that defendant's publication was made with “actual malice.” Reader's Digest Ass'n v. Sup.Ct. (Synanon Church), 37 Cal.3d 244 (1984).

In order to recover on false light publicity, you must first reach out to the defendant and request a retraction; it may be that doing so is all it takes to get the retraction. However, if this is unsuccessful, you may be able to show the court a good faith request for retraction so that you may be able to recover damages for the harm caused by the false light publicity. Like public disclosure of private facts, the statute of limitations for a false light publicity claim is two years from the date you discover or reasonably should have discovered the factual basis for the claim. Again, it is crucial for you to act quickly as soon as you learn of the publication. Cal. Civ. Code § 335.1; Cain v. State Farm Mut. Auto. Ins. Co., supra, 62 Cal.App.3d at 313, 315.

Appropriation of Name and Likeness/Right of Publicity

If your persona is used without your consent to support a product or brand that negatively affects your reputation, you may be able to turn to the tort of appropriation of name and likeness (otherwise known as a violation of your right of publicity). The elements of the common law tort are “(1) the defendant's use of the plaintiff's identity; (2) the appropriation of plaintiff's name or likeness to defendant's advantage, commercially or otherwise; (3) lack of consent; and (4) resulting injury.” Cross v. Facebook, Inc., 14 Cal.App.5th 190, 208 (2017). Additionally, the right of publicity is also protected by the California Code of Civil Procedure section 3344, which prohibits the unauthorized use of another's name “on or in products, merchandise or goods” for commercial purposes. Cal. Civ. Code § 3344. As such, exploitation of your name or likeness for another's advantage may be actionable as both a common law cause of action for appropriation and a violation of the California statute. See Kirby v. Sega of America, Inc., 144 Cal.App.4th at 55.

That’s all well and good, you think, but I don’t want to spend the time and money to go through a whole court proceeding, while in the meantime my reputation is still being damaged. So what can you do from a practical standpoint either instead of filing a claim or in addition to a lawsuit?

First, you can simply ask the person to take it down; whether you write a letter yourself or have an attorney draft a demand letter for you, sometimes this is all it takes to get a harmful post taken off the internet. If the statement was made in a publication such as a magazine or a newspaper, you can ask for a retraction of the statement.

While website operators are granted broad protections by the Communications Decency Act (see 47 U.S.C. § 230) to protect them from harsher measures such as defamation suits, if the harmful statement is posted online, you may be able to go directly to the website where the statement is posted and ask them to take it down; often such statements violate websites’ terms of use, so you can simply point to such violation as grounds for a takedown without getting into an argument with the individual making the statement.

If the individual making the harmful statement is a current or former client, check any applicable contract clauses, terms of use, or conditions that may bind the client; you may be able to rely on a non-disparagement clause to get the individual to remove or retract their statement.

If you can’t get content taken down or retracted, you can face it head on and publish a (very carefully crafted) response of your own, giving your side of the story so that the original statement loses some of its sting. If you don’t want to get your hands dirty managing the fallout of a harmful statement, you may employ an online reputation management service to take steps to bolster your reputation on your behalf.