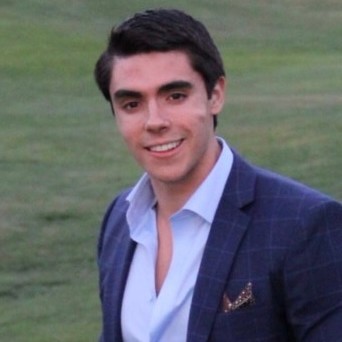 Social media birthed these two movements. The phrase “Me Too” was first used in 2006, on MySpace, by sexual harassment survivor and activist Tarana Burke. The decentralized movement of BLM began with the use of a hashtag #BlackLivesMatter in 2013 after the acquittal of George Zimmerman in the shooting death of 17 year-old African American Trayvon Martin. The power social media has is social awareness; therefore, these two movements are examples that drive the impact of social awareness.

The original purpose of “Me Too” was to empower women through empathy, especially those who are young and vulnerable. However in October 2017, Alyssa Milano changed the entire dynamic of the “Me Too” meaning by making the phrase into a hashtag. #MeToo was then implemented to reveal the ordeals of sexual harassment and assault women undergo in both their work and personal life. As the hashtag became viral where millions of people started using the phrase, the message was spread in multiple languages, but it also had different meanings for different people. When I first heard of the Me Too movement, I was watching the local news which noted sexual-abuse allegations against media mogul Harvey Weinstein. I believe this incident is what made the movement spread virally as a hashtag on social media. What I do know is the widespread exposure of “predatory behavior” of Mr. Weinstein emphasized in Ms. Milano’s blog post made an Academy Award producer become a convicted sex offender. And he is not the only one whose reputation has tainted.

Where I am from, the Silicon Valley, there were two reports everyone in the tech community was knowledgeable about: former Uber CEO Travis Kalanick and former SVP of Google’s digital content Andy Rubin.  Before the NYT article on Mr. Weinstein, Mr. Kalanick came under fire for enabling a misogynistic culture at his company. Being a founder, he had extensive knowledge of sexual harassment complaints in his business; nevertheless, he failed to address them. With a blog post written by a former female Uber engineer on her social, her colleagues emulated the action to detail their own sexual harassment stories documented on a NYT article in 2017. It is reported that senior management including Mr. Kalanick was informed of these sexual incidents happening to their employees; however, he ignored the complaints, leading to his resignation. Another NYT detailed report that was released a year after (2018) Uber’s firing of Kalanick was on Mr. Rubin’s sexual misconduct at Google during his nine-year tenure. Initially reported as an amicable departure story, it was then revealed four years later that former CEO Larry Page asked for Rubin’s resignation after a sexual harassment claim by an employee against Rubin came to light. But the controversy does not end there. Mr. Rubin left with a modest exit package of $90 million to expedite his departure from the tech conglomerate. This led to the 2018 Google walkouts where employees, mainly women left the workforce.

BLM is guided by thirteen principles which everyone in the organization should abide by such as Diversity, Globalism, Empathy, Restorative Justice, and Intergenerationality. Black Lives Matter in a broad sense establishes itself to respond to sustained and visible violence against black communities in the U.S. and globally. Its significant impact on social media consists of the ADS (American Dialect Society) choosing #BlackLivesMatter as the word of the year (2014), the hashtag being tweeted over 30 million times, and the usage gaining the attention of high-ranking politicians who have encouraged civilians to support the movement.

The meat of this movement was cooked by the criminal prosecution of George Zimmerman on the charge of second-degree murder stemming from the shooting of Trayvon Martin in the case State of Florida v. George Zimmerman. With sixteen hours of deliberations over a period of two days in 2013, the six-person jury declared Mr. Zimmerman was not guilty on all counts. There was a tremendous amount of backlash on the court’s decision from all BLM supporters who went on to protest in the streets of their neighborhoods and also through the means of social media posts. There was also support coming for Zimmerman through social media and from outside the courthouse. What is unique about this case is that it went viral due to the constant activity of people using their socials to voice their opinion.

To conclude, these movements would not have garnered as much worldwide attention without social media, no question. And these are not the only movements that have been propagated by this tech phenomenon. It is with power, comes great responsibility. And it is fair to say Spidey that social media, in fact, has this effect.

Manuel Cabello, a student in Jon Pfeiffer’s media law class at Pepperdine University, wrote the above essay in response to the following question: How has social media impacted the #MeToo and #BlackLivesMatter movements? The class covers copyright and social media. Manuel is a Media Production major.