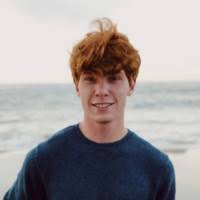 Before COVID-19 I spent about six hours a day on different types of social media. I often was with friends socializing and as a result did not look at my phone as often. The social media I used the most before COVID-19 was Snapchat.

When COVID first hit I remember thinking that the virus would be contained in China. It was not long before it spread to Italy, other European countries and then the U.S. Soon cases began to spread faster than wildfire. A few here and there and then BOOM, schools begin shutting down as well as businesses, restaurants and other retail stores until further notice.

Everyone was trapped, we were told not to have contact with anyone out of our immediate household. Because of this many of us turned to social media. It became too convenient to the point where many of us would be taking a class as well as doing something else while we were stuck at home. Personally, I had been in lockdown with my friend and could not return back home because of the risk of flying. I turned to social media more than ever to keep tabs on what my friends, family, and extended relatives were up to. Social media became a lifeline to my family back in New York, and as a result I was using it constantly.

As well as keeping up with family, social media became a place to turn when boredom struck. I became infatuated with Tik Tok and found myself spending hours swiping through different videos before I fell asleep. Tik Tok has become especially popular during COVID because of the easy aspect to make at home videos that can be interesting to a variety of different people. Different types of Tik Tok videos I personally find myself watching are art videos, cooking videos, funny animal videos. I have been engaged by advertisements on social media to the point where I will buy products and clothing straight off of Instagram. I have purchased everything from jackets to sunglasses to even skincare off of the social media platform.

Another aspect of social media I was entwined with was keeping up with what was happening around the world. With social media we now have access to information live or seconds after a person hits the post button. I have had access to first-hand accounts from average people about what life is like around the world. Documentation and videos of the Black Lives Matter protests as well as the attempted coup of the government still took place during this deadly virus. People were fed up and took to social media more than ever to share their opinions.

COVID-19 has undoubtedly changed society and how we view social media as well as technology as a whole. Many of us have become proficient multitaskers, as we have mixed our daily lives with our home lives. Without the impact of the COVID-19 virus the world may not have advanced in its use of social media and technology quite as quickly. It is yet to be determined whether it was for the better or worse.

Billy Thorpe, a student in Jon Pfeiffer’s media law class at Pepperdine University, wrote the above essay in response to the following question: How much time did you spend using social media before the onset of COVID-19? Did it go up or down in the early weeks of the lockdown? How much time do you spend on social media now? The class covers copyright and social media. Billy is an Advertising major.