The Power Five’s position on NIL 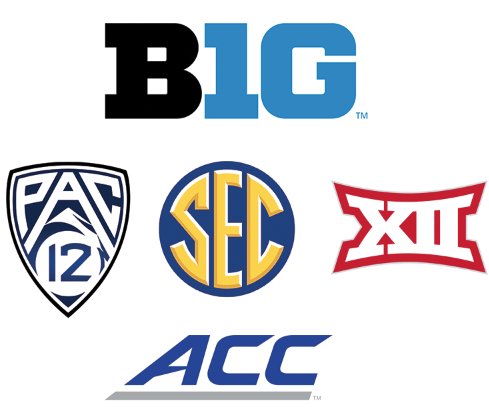 Our seventh minisode of the fourth season of “The Creative Influencer” podcast is available today for download on iTunes, Spotify, and premier platforms everywhere. In this minisode, Jon continues his series on college athletes being able to profit from their name image and likeness and takes a deeper dive on the Power Five’s position and how conferences and schools are lobbying on the issue.

This is our seventh minisode of season four.

Over the past few weeks, we have been talking about the NCAA’s pending vote to allow student athletes to profit from their name, image and likeness, the various state laws that have already set guidelines, and how a related case is before the United States Supreme Court. If you haven’t already, go back and listen to minisodes three, four, five and six of this season.

Today we are taking a deeper dive on NCAA’s position on college athletes being able to profit from their name image and likeness.

Last May, the leaders of the five largest conferences in the NCAA—the so-called Power Five conferences (P5) —sent a letter to House and Senate Leadership, asking for federal legislation for a “single, national standard for NIL” and defending the status of college athletes as amateurs, not employees. The letter said:

“We intend to work with the NCAA to help shape those rules, but the Congressional process should move forward in the meantime. In the absence of federal NIL legislation, we expect most if not all states to pass their own disparate NIL laws in early 2021 to take effect in the summer of 2021 if not sooner.”

Six states have now passed laws protecting the rights of student athletes to be paid for the commercial use of their name, image, and likeness rights. Unsurprisingly they are also new laws in states where there are large college sports programs: California, Florida, New Jersey, Colorado, and Nebraska and Michigan.

Each state has slightly different provisions and protections, which as we’ve talked about is starting to create a “hodgepodge” of rules. This is the main reason that the NCAA is lobbying so hard for federal legislation—because they want to supersede the individual states and create a uniform set of rules. To put that a little more skeptically: the NCAA wants to keep control over the situation and make the rules themselves, and not give away too much power.

The P5 leaders say to congress that they are guided by nine “consensus principles” on NIL. But what are they, and do they have anything to actually do with NIL? As it turns out they are a pretty good way to understand the NCAA’s position so far.

The first principle is to “Preclude Patchwork.” This is the reason behind the letter sent by the P5 leaders in the first place: to support a single national standard for NIL rather than a patchwork of state laws.

Second, “Protect Student Athletes.” The P5 says they want to protect student athletes from “unscrupulous actors” that might take advantage of students. This really means that the NCAA wants some say in the “standards” of who may represent students as their agents, managers and lawyers.

Third, “Prohibit Pay-For-Pay.” This is a big one. The schools and conferences all want to prevent schools from using NIL as a back-door for paying students for playing on a team. Without this limitation, schools or booster clubs would be able to funnel money to players, calling it compensation for their NIL when it is really just a payment for being on the team.

Fourth, “Promote Academics.” This feels obligatory. The NCAA’s entire identity as an organization is to promote academics through amateur sports. This is important too when you want to prevent college athletes from unionizing as employees.

Fifth, “Preserve Collegiate Recruiting” by taking NIL and college programs ability to use it out of the recruiting process. This is a theoretical aim only, since even if colleges can’t talk about their programs for NIL training, there will be other ways to communicate this to recruits and for colleges to differentiate themselves.

Sixth, “Provide Safe Harbor.” This is the NCAA asking for more time—basically that they can violate state laws while they wait for federal legislation. Probably not going to happen, but it’s worth asking.

Seventh, “Preserve Standards.” This means preserving schools’ abilities to limit what industries which students may sell NIL rights to. For example, limiting sponsorships from alcohol and tobacco companies. This is sensible, and we’ve seen it in some of the pending legislation.

Eighth, “Provide Opportunity.” Although somewhat obligatory as a statement, this is also a strategic argument for why the NCAA may want to regulate or control NIL deals: to level the playing field and to make sure the deals are fair across schools and programs. This is a bargaining chip and another argument for the NCAA’s protected status.

Ninth, “Promote Compliance.” Another ideal that sounds nice, and is indeed worthy, but is a way to guard the NCAA’s role as a gatekeeper in the entire discussion. The NCAA, the conferences and the schools all recognize that this is a new financial frontier that is being opened. All of them want a role in how that money and opportunity will be managed. Keeping the NCAA in the center of it by being a watchdog that promotes transparency is the surest way for the NCAA to keep its seat at the table.

Since the letter was sent last year to Congressional leadership, there are six proposed bills in the House and Senate. Each has their own twist, and some do what the NCAA wants, while others stray from the wish list. (We covered these proposed bills in depth in minisode six.)

What is clear in this lobbying is that the NCAA, the conferences and the schools all want to remain relevant and to keep a piece of the action when the floodgates on NIL open. There is a lot of money to be made when they do.