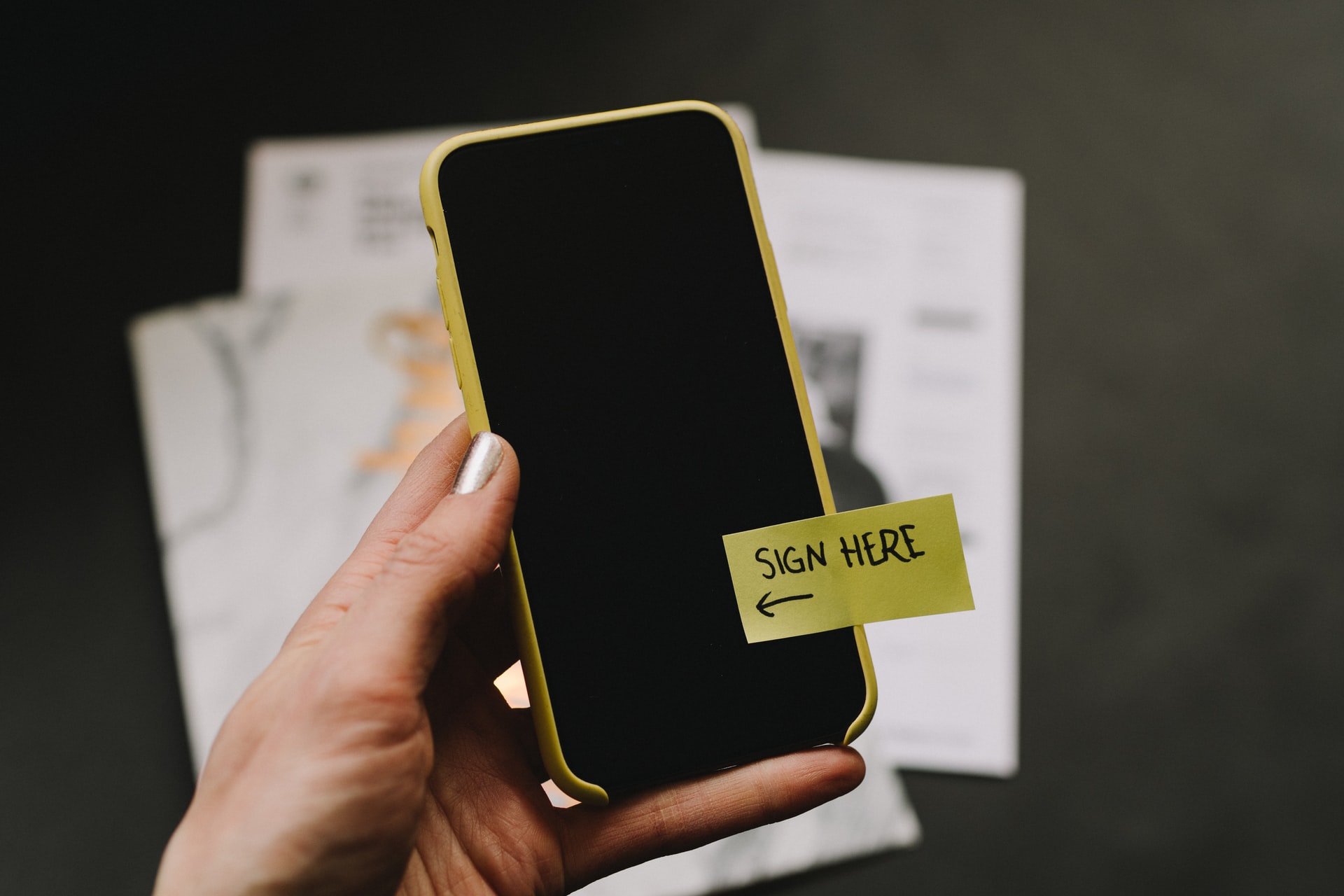 In the era of the coronavirus pandemic, even as businesses begin to open up, many companies continue to work remotely, some on a now-permanent basis. With less face-to-face interaction going forward, this raises a number of questions about how the general landscape of business will change to adapt to the new normal. Today, we look at one aspect of doing business remotely which will inevitably become more important – e-signatures. Are they valid? What can you do to ensure the best chances of enforceability?

E-signatures are not new, although they are becoming increasingly common practice. California enacted legislation surrounding the enforceability of e-signatures, called the Uniform Electronic Transaction Act (“UETA”), which became law on January 1, 2000.

Great, you think, so e-signatures are enforceable in California, full stop. Not so fast though – there are a few more key provisions of the UETA to be aware of which affect whether an e-signature will be enforceable.

The California Secretary of State has authority to issue regulations pertaining to e-signatures. Specifically, Title 2, Division 7, Chapter 10 of the California Code of Regulations, Regulation No. 22002 states that a digital signature shall have the same force and effect as a manual signature if and only if:

First, the UETA defines an “electronic signature” or “e-signature” as “an electronic sound, symbol or process attached to or logically associated with an electronic record and executed or adopted by a person with the intent to sign the electronic record.” Cal. Civ. Code § 1633.2(h). This requires that the person e-signing intends to sign a contract.

Second, in order to enforce an e-signature, the parties must have “agreed to conduct the transaction by electronic means.” Cal. Civ. Code § 1633.5(b). Thus, when contracting with a party remotely, you must be clear and up front about using e-signatures as legally binding signatures so that the e-signature can be given full effect.

Thirdly, the UETA requires an e-signature be “attributable to a person,” explaining further that a person’s act of e-signing “may be shown in any manner, including a showing of the efficacy of any security procedure applied to determine the person to which the electronic record or electronic signature was attributable.” Cal. Civ. Code § 1633.9(a).

Put more simply, as long as there is some kind of mechanism to show that a particular individual is e-signing, such as a required individual log-in, the e-signature will be valid.

When it comes to enforcing an e-signature in court, the UETA asserts that “[i]n a proceeding, evidence of a record or signature may not be excluded solely because it is in electronic form.” Cal. Civ. Code § 1633.13. However, evidence is required to be “authenticated” when brought into court. California Evidence Code section 1400 defines the authentication of a signed document such as a contract (or as the Evidence Code calls it, a “writing”) as “the introduction of evidence sufficient to sustain a finding that it is the writing that the proponent of the evidence claims it is” or “the establishment of such facts by any other means provided by law.” Cal. Evid. Code § 1400. Therefore, in order to introduce an e-signature into court in California in order to enforce the contract, you must be able provide evidence to verify the e-signature, such as testimony of a signatory or a witness.

It is important to note that federal law also makes allowances for e-signatures. The E-SIGN act was signed into law by President Clinton on June 30, 2000. Similar to California’s UETA, the federal E-SIGN Act provides that “a signature, contract, or other record relating to such transaction may not be denied legal effect, validity, or enforceability solely because it is in electronic form.” 15 U.S.C. § 7001. Further, it states that “a contract relating to such transaction may not be denied legal effect, validity, or enforceability solely because an electronic signature or electronic record was used in its formation.” Id. Again, similarly to the California Evidence Code, the Federal Rules of Evidence (“FRE”) Rule 901 deals with authenticating evidence which is brought in a court of law; it states that in general, “[t]o satisfy the requirement of authenticating or identifying an item of evidence, the proponent must produce evidence sufficient to support a finding that the item is what the proponent claims it is.” The Ninth Circuit has held that “[a] document can be authenticated under [FRE Rule 901] by a witness who wrote it, signed it, used it, or saw others do so.” Orr v. Bank of America, 285 F.3d 764, 774 (9th Cir. 2002). As such so long as the e-signature can be properly authenticated by the signer or a witness to the e-signature, e-signatures will be given full legal effect in federal courts as well.

Let’s consider a fringe example to demonstrate how this would work in court. Say that you have a contract with another party, and you both signed the document electronically. Then, when the contract is in dispute over other issues, the other party claims that the signature is not their signature and that the contract is invalid. Some online services like DocuSign or PandaDoc will provide audit trails with IP addresses and other electronic data that will help authenticate the validity of the signature. In our example, however, let’s assume that one of these services was not used and the document was signed in another way electronically. Then the validity of the signature would be determined by the court. In making this determination, the court would ask if by the preponderance of the evidence (meaning over 50 percent likelihood), does the court believe that the party signed it. Unless there were reliable evidence that you had somehow tampered with the document or had forged the other party’s signature, it is very likely in this case that the court would determine that the signature is valid.

Pfeiffer Law Corp is a law firm with an emphasis on entertainment and business law.