When Should You Sue for Breach of Contract? 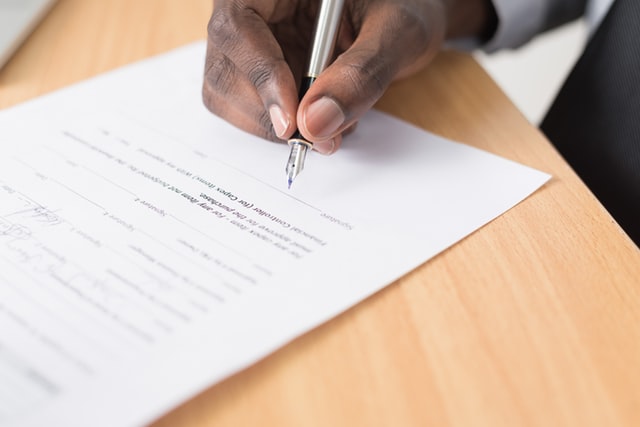 It happens all too often – people enter into contracts yet fail to follow through on their obligations. When a contract doesn’t play out as planned, when should you sue for breach of contract?

The answer to this question is personal. Just because you can sue, doesn’t mean you should sue. Filing a lawsuit for breach of contract is an appropriate tool under the right circumstances. But before even addressing these business considerations, the first hurdle to meet is establishing that there are grounds for a breach of contract claim.

What exactly constitutes a breach? “The wrongful, i.e., the unjustified or unexcused, failure to perform a contract is a breach. Ordinarily, a breach is the result of an intentional act, but negligent performance may also constitute a breach, giving rise to alternative contract and tort actions.” 1 Witkin, Summary of California Law, Contracts, § 847 (10th ed. 2005). In California, in order to succeed on a claim for breach of contract, a plaintiff “must prove (1) the contract, (2) the plaintiff’s performance of the contract or excuse for nonperformance, (3) the defendant’s breach, and (4) the resulting damage to the plaintiff.” Richman v. Hartley, 224 Cal.App.4th, 1182, 1186 (2014). To expand upon this definition, a plaintiff must show specifically that:
1) plaintiff and defendant entered into a contract;
2) the plaintiff did all or substantially all of the significant things that the contract required it to do, or that plaintiff was excused from having to fulfill those obligations for a legally valid reason;
3) the conditions requiring defendant’s performance either occurred or were waived;
4) the defendant failed to do something the contract required it to do, or that defendant did something the contract prohibited it from doing;
5) the plaintiff was harmed; and
6) the defendant’s breach of contract as a substantial factor is causing plaintiff harm.
See CACI No. 303, Breach of Contract – Essential Factual Elements (2022 Edition).

The first issue here is whether a contract was formed at all. A contract is “a voluntary and lawful agreement, by competent parties, for a good consideration, to do or not do a specified thing.” Robinson v. Magee, 9 Cal. 81, 83 (1858). Hopefully this is clear; if you have a signed contract in writing, this is a simple element to determine.

In order for defendant to be released from its contractual obligations, plaintiff’s breach must be material. “When a party’s failure to perform a contractual obligation constitutes a material breach . . . , the other party may be discharged from its duty to perform under the contract.” Brown v. Grimes, 192 Cal.App.4th 265, 277 (2011). If you have materially breached the contract, then you cannot sue another party for their subsequent breach of the agreement if their contractual performance is dependent upon yours. “Whether breach of the agreement . . . bars [plaintiff’s] recovery of agreed . . . payments raises the question whether the two covenants are dependent or independent. If the covenants are independent, breach of one does not excuse performance of the other.” Verdier v. Verdier, 133 Cal.App.2d 325, 334 (1955). The court in Brown stated that “[t]he determination of whether a promise is an independent covenant, so that breach of that promise by one party does not excuse performance by the other party, is based on the intention of the parties as deduced from the agreement.” Put simply, when you look at what you have agreed to in the contract, if the defendant only has to do something if you do something else first, then they will be excused from performance if you have breached your obligations. However, if the contract obligates the defendant to do something that does not rely on your having performed first, the defendant must still perform its duties, even if you breached first, in order to not breach its obligations.

The third issue in deciding whether you can sue for breach of contract is twofold. First, you must look to the language of the contract to decide whether a condition to defendant’s performance existed. It may be the case that the only condition to defendant’s performance was your performance of your material obligations, as discussed above. In that case, so long as you have performed your part of the deal, then this will not be a roadblock to a breach of contract action.

However, if a further condition did exist, the next inquiry is whether such a condition was either met or waived. If the language of the contract specifies a condition for defendant’s performance, a more in-depth analysis is needed to ascertain whether this will become a roadblock to a breach of contract lawsuit. “[W]here defendant’s duty to perform under the contract is conditioned on the happening of some event, the plaintiff must prove the event transpired.” Consolidated World Investments, Inc., v. Lido Preferred Ltd., 9 Cal.App.4th 373, 380 (1992). Here, you would have to show that the condition in the contract was met or that the condition was waived by the parties; for example, if the defendant was only required to distribute a film if a third party delivered it to them by a particular date, you would need to show either that the third party did in fact deliver the film on the promised date, or that there was some waiver of that requirement. One example of a waiver in this scenario would be that the defendant received the film the day after the delivery date specified in the contract, but agreed to distribute the film anyway.

The fourth issue in determining viability of a breach of contract suit is thankfully more straightforward. Looking at the language of the contract, did the defendant not do something it was contractually obligated to do? Did the defendant do something it was contractually obligated not to do? If your contract is unambiguous in its terms, this should be relatively clear. However, if a particular contractual term is ambiguous, it may not be so easy to ascertain whether an obligation was violated or whether the defendant violated a contractual prohibition. If a term is ambiguous, you can bring in evidence to show that the term should have a particular meaning in court.

Next, in order to have a breach of contract case, you must show that you were harmed. This could be a monetary loss or some other sort of harm, such as loss of property. While this step is certainly the most straightforward, bear in mind that if a defendant breaches its obligations but does so in such a way that your harm is minimal, it may not rise to the level of a successful breach of contract claim. You must be harmed in some cognizable, tangible way in order to sue for breach of contract.

Lastly, the defendant must have caused the harm to you in a substantial way. “Implicit in the element of damage is that the defendant’s breach caused the plaintiff’s damage.” Troyk v. Farmers Group, Inc., 171 Cal.App.4th 1305, 1352 (2009). “The causation analysis involves two elements. One is cause in fact. An act is a cause in fact if it is a necessary antecedent of an event.” Tribeca Companies, LLC v. First American Title Ins. Co., 239 Cal.App.4th, 1088, 1102-03 (2015). Put more simply, if you would not have been harmed but for the defendant’s breach, the breach is the cause in fact of your damages. The second element of causation is proximate cause. “A proximate cause of loss or damage is something that is a substantial factor in bringing about that loss or damage. The term ‘substantial factor’ has no precise definition, but it seems to be something which is more than a slight, trivial, negligible, or theoretical factor in producing a particular result.” U.S. Ecology, Inc. v. State of California, 129 Cal.App.4th 887, 909 (2005).

But should you sue?

One of the most important considerations in deciding whether you should file a breach of contract lawsuit is simply the cost of doing so. There are monetary and non-monetary costs to filing a lawsuit that many people are simply unaware of until they are in the middle of a contentious litigation. While costs can be recoverable in certain situations if you are successful in winning your lawsuit, you still have, at a minimum, the upfront costs of court filing fees and attorneys’ fees. If your suit is unsuccessful, these may come out your own pocket entirely. Then there is the all-important question of whether the defendant has sufficient assets to pay any judgement you may obtain.

From a non-monetary cost standpoint, litigation can take years from start to finish. It may be that practically, it is simply not worth the time and energy it takes to see a law suit through, even if you do have a slam-dunk breach of contract claim. Deciding whether you should sue requires careful balancing of the costs and benefits to you; if the contract at issue is for a substantial sum of money or the breach has caused you incredible loss, then the upfront court costs and time it takes to litigate may be a relatively small sacrifice in relation to the potential benefit of winning your suit. However, if the breach of contract has resulted in relatively few actual damages to you, it makes less sense to spend the time and money to file a lawsuit.

The other major consideration in deciding whether you should sue for breach of contract is the preservation of long-term business relationships. If the would-be defendant is someone with whom you have a robust business relationship and would preferably want to continue doing business with, it may behoove you to find an alternative resolution so that that relationship is not strained by a lawsuit. This is particularly true if you know that the reason for the breach is a temporary difficulty, such as COVID-19 restrictions, which the other party will recover from and be able to do business as usual again. However, if there is not a strong business relationship or the potential for one, or the breach is so egregious that such a relationship would not be desirable, then it may be worth pursuing a breach of contract claim.

There are a variety of factors determining when you can viably sue for breach of contract, and even if you can sue, this does not automatically mean that suing is in your best interest or the right solution to your contract problems.