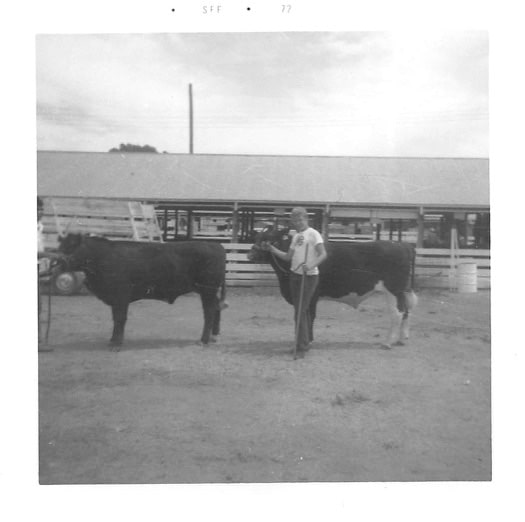 I grew up on a farm in Nebraska located 15 miles from a town of 1000 people. Does that make me different from other entertainment trial attorneys? I’ll let you be the judge.I learned to drive a tractor before I started kindergarten. My dad would put our tractor, a John Deere 3020, in the lowest possible gear and tell me to drive between the rows of bales in the hay field. The tractor pulled a flatbed trailer and Dad would toss hay bales on the trailer as I drove by.  I’d like to say that I never ran over any bales but that wouldn’t be true. In my defense, I was only 5 years old.

When I was 11 years old, I joined a 4-H club. Our club was called the “Busy Beavers” (really). My second year of 4-H, I started showing steers at the Gosper County Fair in Elwood, Nebraska and then at the Nebraska State Fair in Lincoln. Think Westminster dog show, but for cows. My calves were more than just a 4-H projects; they were pets.

I named my first two steers Hank and Eddie.

I don’t remember why I named him Hank, but I do remember that Eddie was named after Eddie Periard, the nose guard for Nebraska’s 1970 National Championship team. Did I mention that I'm a Nebraska football fan?

Two or three weeks after arriving at UNL my shins started to ache. They hurt so badly that I went to the student heath center to find out what was wrong. The doctor diagnosed the problem as shin splints caused by walking on concrete. Our farm didn’t have any sidewalks and I had never walked on that much concrete in my life.

Marathons and Half Marathons 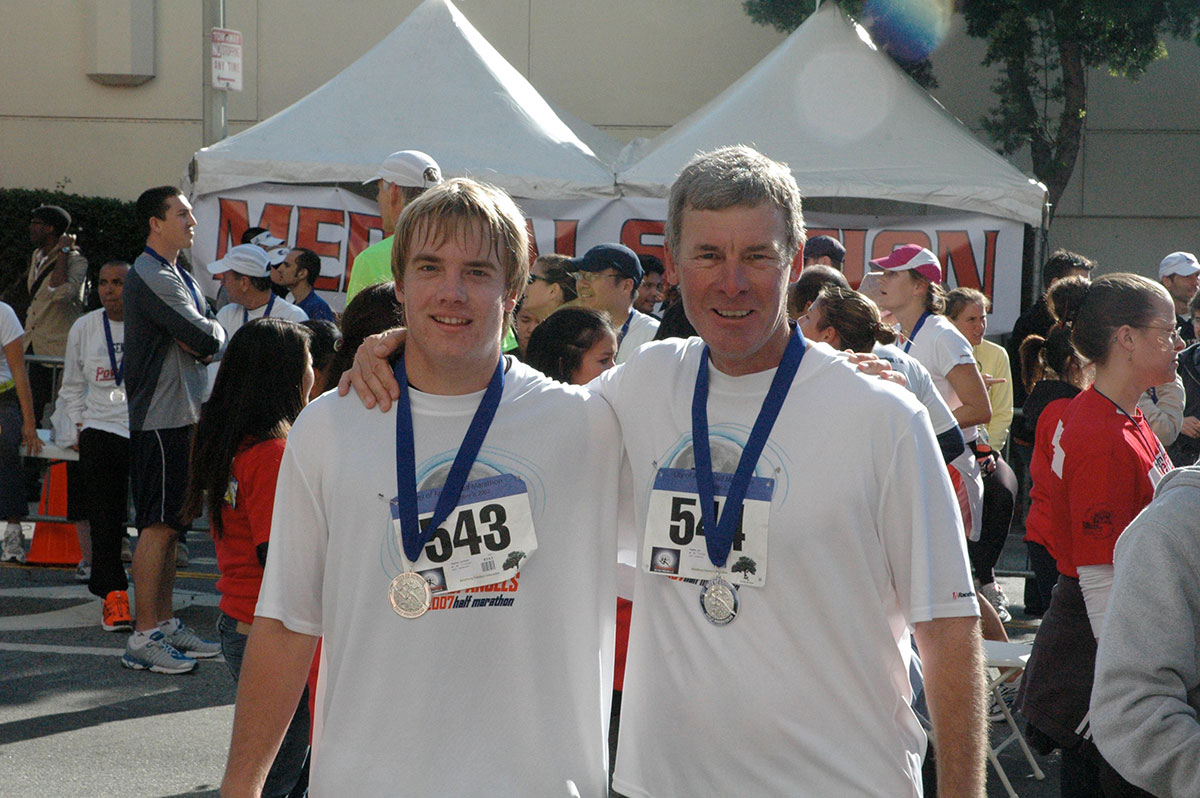 Four years later, at graduation, Nebraska’s governor made me an admiral in Nebraska’s navy. I am proud to point out that we have never lost a naval battle. Admittedly, we’ve never won one either.Over the years, I’ve run four Los Angeles Marathons and three half marathons (Marine Corps Half, Los Angeles and Malibu). I ran my first half marathon with my younger son;

after his junior year in high school. He played football as a linebacker and wanted to run a marathon when he stopped playing after his senior year. I suggested that we run a half marathon. At about the ten mile mark, he started cramping and when we crossed the finish line after running 13.1 miles he said, “I’m never running that far again in my life.” He hasn’t. Four years later, I ran the Marine Corps Half with my older son. 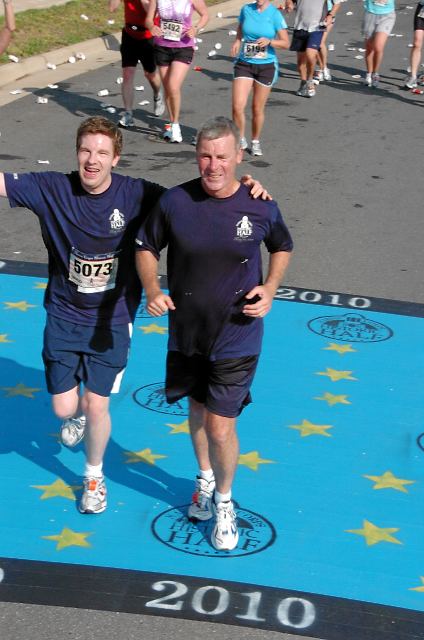 He continues to run.