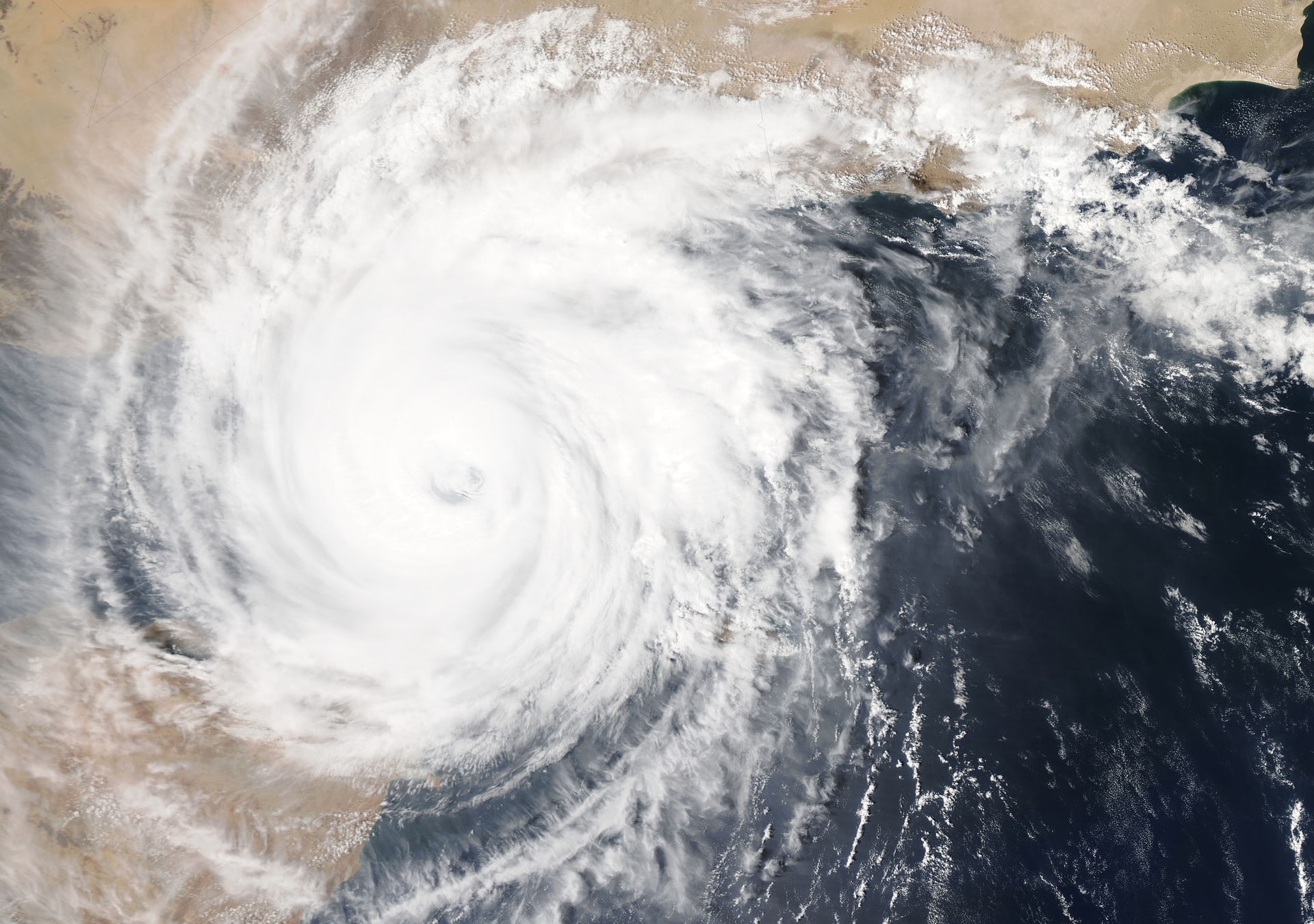 California Civil Code section 3526 states that “[n]o man is responsible for that which no man can control.” Cal. Civ. Code § 3526. Performance of a contract is excused when an (1) unforeseeable event (2) outside of the parties’ control (3) renders performance impossible or impracticable. See Citizens of Humanity, LLC v. Caitac Int’l, Inc., No. B215232, 14 (Cal. Ct. App. 2010) (“‘Force majeure’ is the equivalent of the common law contract defense of impossibility.”); Cal. Civ. Code § 3531 (“The law never requires impossibilities.”). Put simply, a force majeure clause excuses a party’s performance of certain obligations if a specified event occurs which is out of the parties’ control.

When a triggering event occurs, the party invoking the clause is able to defer, suspend, or be released from performance of its duties without liability for breaching the contract. However, the specific language of the force majeure clause controls which specific events trigger the excusal of performance and can vary from contract to contract. Some examples of triggering events that may be included in a force majeure include an act of God, war, earthquakes, strikes, or government shutdowns.

Further, the application of a force majeure clause to excuse nonperformance is an issue of contract interpretation, meaning that should the parties disagree on the issue, it is up to the state courts to decide the parties’ respective rights and obligations. California courts will require that an event not specifically listed in the force majeure (i.e. an event that arguably could be defined as an “act of God,” though not specifically enumerated in the contract) be unforeseeable at the time of contracting in order to excuse or delay performance. Further, California courts require that parties invoking a force majeure clause show that they made reasonable or sufficient efforts to avoid the consequences of whatever such triggering event, in an effort to mitigate any losses.

Speaking specifically to the COVID-19 pandemic, performance may or may not be excused depending on the language of the force majeure clause at issue. Some commonly used force majeure terms that may be triggered by coronavirus and the associated state of emergency include “acts of God or the public enemy,” “acts or omissions of any government entity,” “quarantine or epidemic,” as well as any general catch-all term excusing performance based on unforeseen events outside the parties’ control. If your force majeure does not specifically list out, for example, an epidemic, but rather mentions only an act of God, is the current pandemic enough to trigger the clause? Arguably, yes – if this does not qualify as an act of God, it is unclear what would. Further, the resulting governmental action, such as Governor Gavin Newsom’s Executive Order N-38-20 proclaiming a state of emergency in California or Mayor Eric Garcetti’s safer-at-home order, would certainly qualify as an “act of any government entity” so as to trigger a force majeure, should that language be in the clause at issue.

Further, the pandemic may or may not cause performance to become impossible so as to properly trigger a force majeure. For example, a contract to deliver a screenplay would not become impossible due to the pandemic; a screenwriter would still be able to write and finish the screenplay while quarantined at home. On the other hand, a contract to sing at a Dodgers game would be made impossible by the pandemic, since the baseball season is postponed indefinitely, and the stadium is closed to patrons. The screenwriter would not be able to rely on the force majeure to delay delivery; the singer and the Dodgers would, however, be able to rely on the force majeure to delay performance of the contract, so long as the contract was made in advance of the breakout of coronavirus.

Breaking a Contract without an Act of God

But what happens when the terms of the force majeure clause do not list a particular, unforeseen event, yet you are subsequently unable to perform on a contract as a result of this event? While you may not have a force majeure clause to rely on, a few other contract principles may come to your aid in such a case.

California law codifies the contract law principles of impossibility and frustration of purpose. California Civil Code section 1511(2) provides that the performance of a contractual obligation is excused “when it is prevented or delayed by an irresistible, superhuman cause, or by the act of public enemies of this state or of the United States, unless the parties have expressly agreed to the contrary.” Cal. Civ. Code. § 1511(2). California applies this principle broadly, stating that the interrupting cause “is not necessarily limited to the equivalent of an act of God.” Pac. Vegetable Oil Corp. v. C.S.T., Ltd., 29 Cal.2d 238 (1946). In order to determine whether such a situation is present, California courts look to “whether…there was such an insuperable interference…as could not have been prevented by the exercise of due diligence.” Id.

In order to show impossibility in California, the inability to perform “must consist in the nature of the thing to be done and not in the inability of the obligor to do it.” El Rio Oils, Canada, Limited v. Pacific Coast Asphalt Co., 95 Cal.App.2d 186 (1949). “Impossibility as excuse for nonperformance of a contract is not only strict impossibility but includes impracticability because of extreme and unreasonable difficulty, expense, injury, or loss involved.” Autry v. Republic Productions, 30 Cal.2d 144 (1947). In the case of the pandemic, this gives relief to companies whose supply chains are shut down or suddenly unusually strained, for example. However, “[f]acts which may make performance more difficult or costly than contemplated when the agreement was executed do not constitute impossibility.” Glendale Federal Sav. & Loan Ass’n v. Marina View Heights Dev. Co., 66 Cal.App.3d 101 (1977) (citing Butler v. Nepple, 54 Cal.2d 589). Luckily, impossibility is not your only hope should you lack a force majeure.

If the contract has not become impossible, performance may still be excused by the principle of frustration of purpose. Frustration of purpose applies where “performance remains possible, but is excused whenever a fortuitous event supervenes to cause a failure of the consideration or a practically total destruction of the expected value of the performance.” Id.; Lloyd v. Murphy, 25 Cal. 2d 48, 54 (1944). Specifically, where a governmental action “without the fault of either party to the contract, frustrate[s] the ‘desired object or effect to be obtained,’ the doctrine of commercial frustration is applied through the means of implying a condition to exist in the contract whereby under such circumstances as are here found, the parties shall be excused from any further performance of its terms,” 20 Century Lites Inc. v. Goodman, 64 Cal.App.2d Supp. 938, 943-4 (citing Johnson v. Atkins, 53 Cal.App.2d 430, 431) (a government proclamation banning the use of neon lighting between sunset and sunrise frustrated the purpose of a lease of neon signage).

Put more simply, if something happens, such as a pandemic or a government mandated stay-at-home order, which the parties would not have contemplated as a potential roadblock when contracting, and as a result, the value of the contract falls flat, performance will be excused. For example, a surfboard manufacturer may have the inventory to still deliver 1000 bars of surfboard wax to the World Surf Organization, but if the purpose of the contract was for the wax to be used by competitors in a now-cancelled competition, then the purpose of the contract has been frustrated by the pandemic, although performance is not technically impossible.

The Restatement Second of Contracts provides that impossibility, impracticability, or frustration of purpose “that is only temporary suspends the obligor's duty to perform while the impracticability or frustration exists but does not discharge his duty or prevent it from arising unless his performance after the cessation of the impracticability or frustration would be materially more burdensome than had there been no impracticability or frustration.” Rest.2d Contracts, § 261. However, the Restatement also asserts that “[w]here, after a contract is made, a party's performance is made impracticable without his fault by the occurrence of an event the non-occurrence of which was a basic assumption on which the contract was made, his duty to render that performance is discharged, unless the language or the circumstances indicate the contrary.” Id. This creates some uncertainty as to whether performance will be excused entirely or merely suspended until after emergency orders end; the specific language of the contract, paired with the ability, or lack thereof, to perform the same obligations after the emergency will determine whether your obligations are discharged entirely or merely suspended.

Taken together, force majeure is an extreme defense and only really applies in extreme events that are completely outside of your control, and often only as a way to mitigate damages incurred when you are not able to complete a contractual obligation on time.

Now that we have a general basis for understanding force majeure clauses and the potential legal alternatives, in the following articles, wel turn to the ways that they can affect specific types of entertainment and entertainment-related agreements, using the coronavirus pandemic as the case study for each example.

Force Majeure and the Writers Guild of America